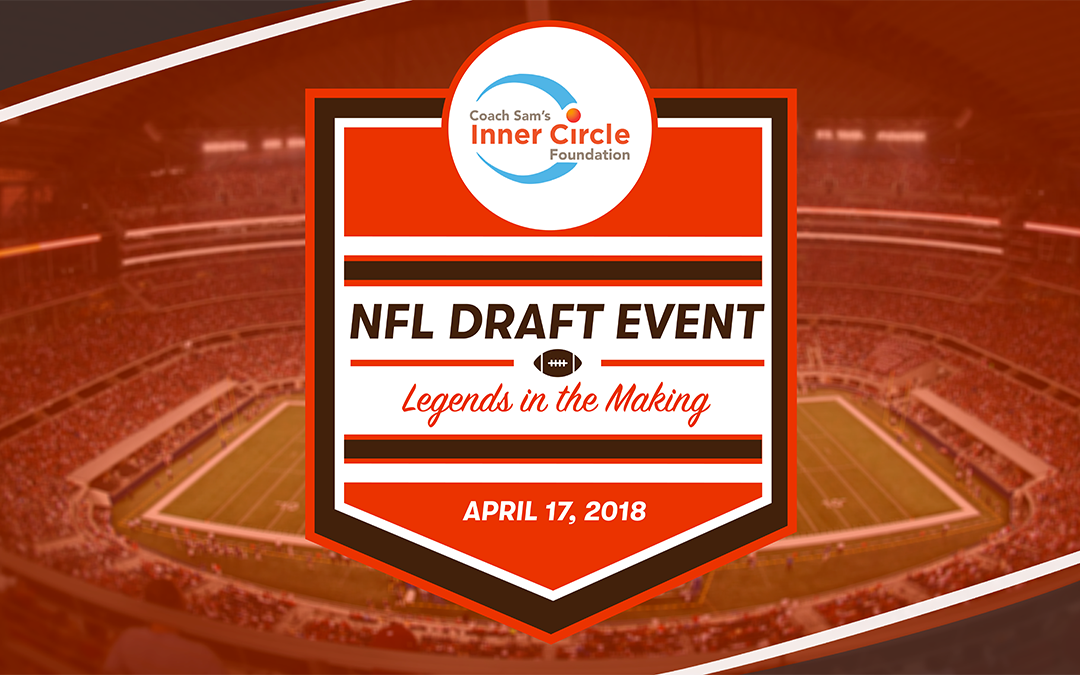 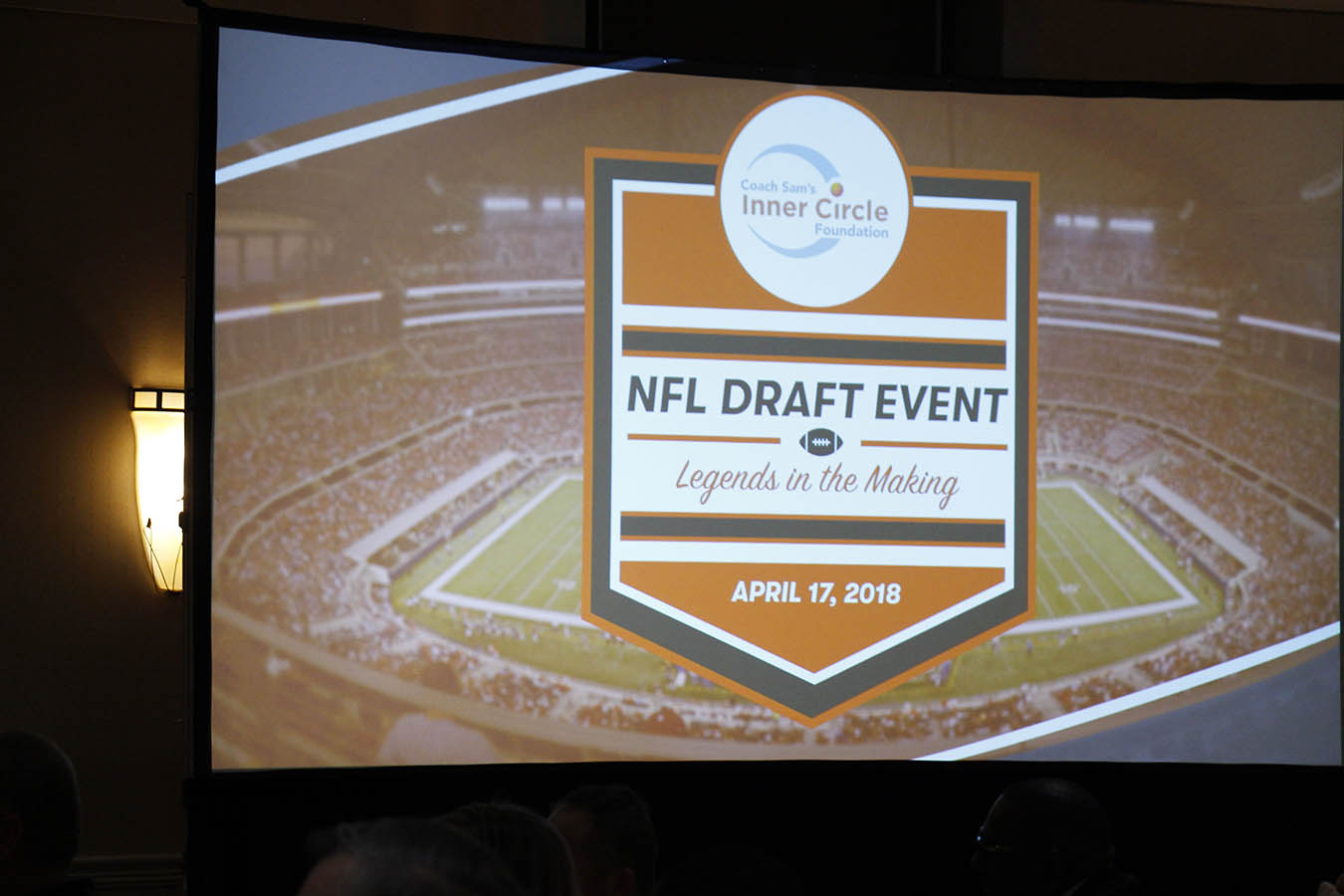 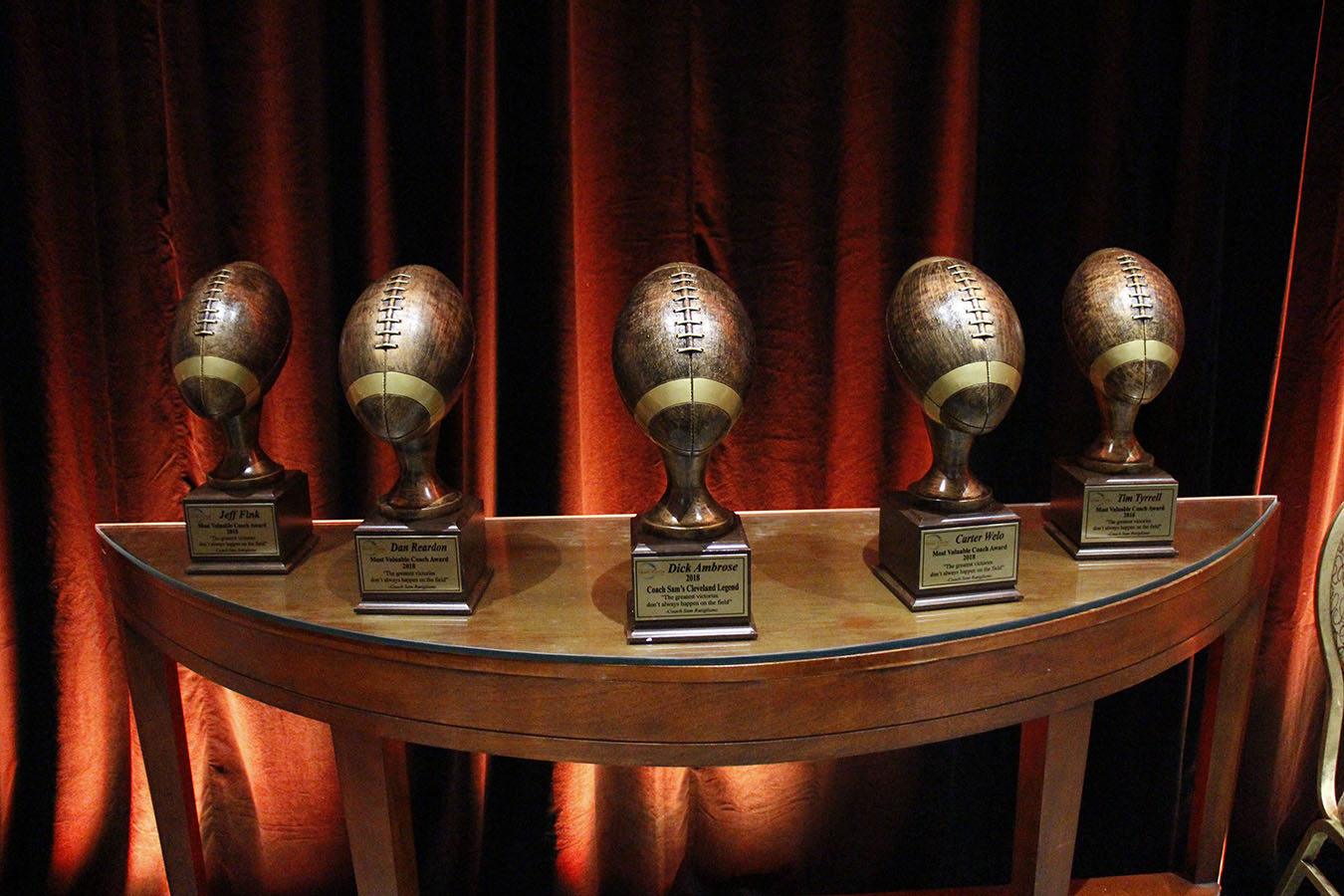 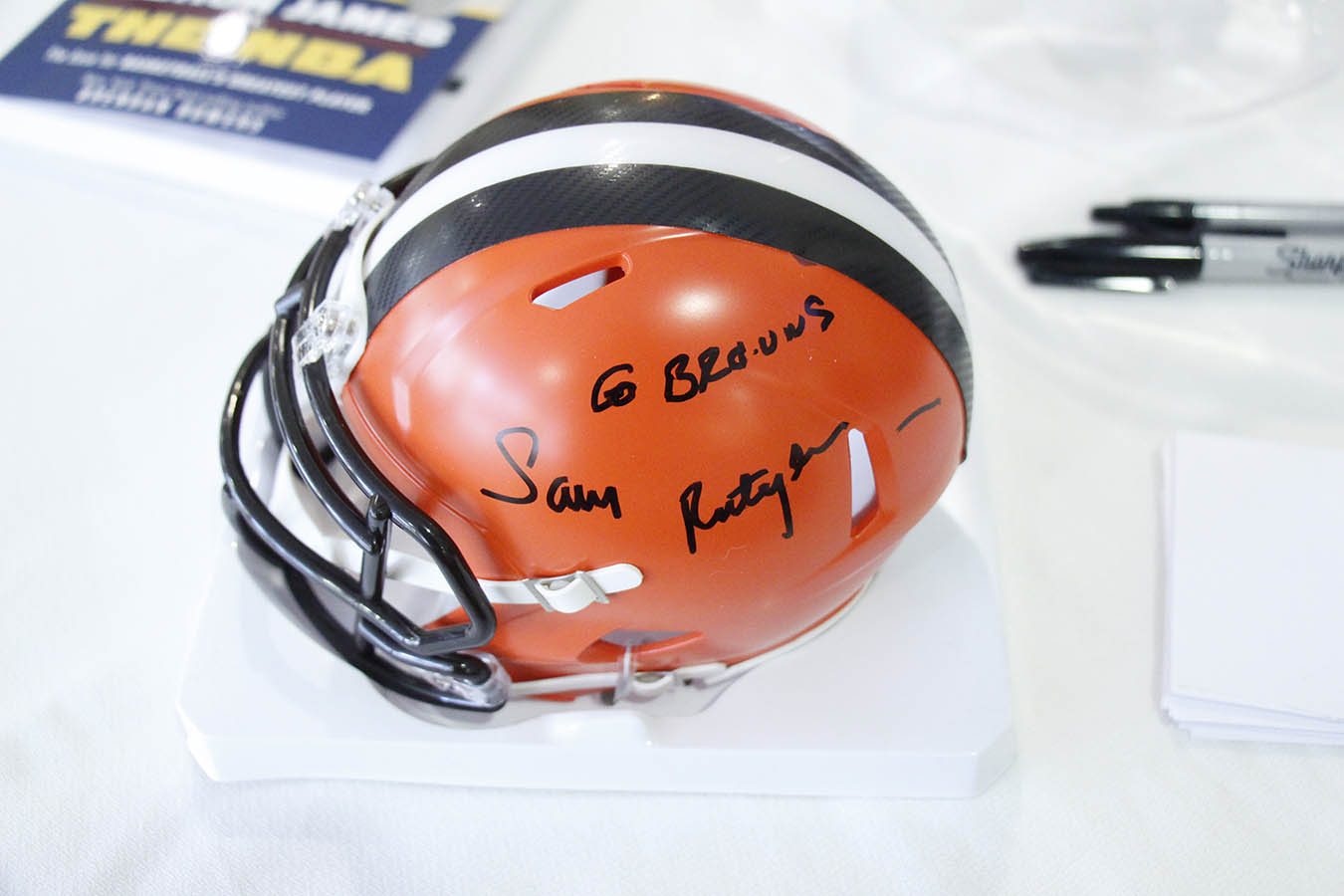 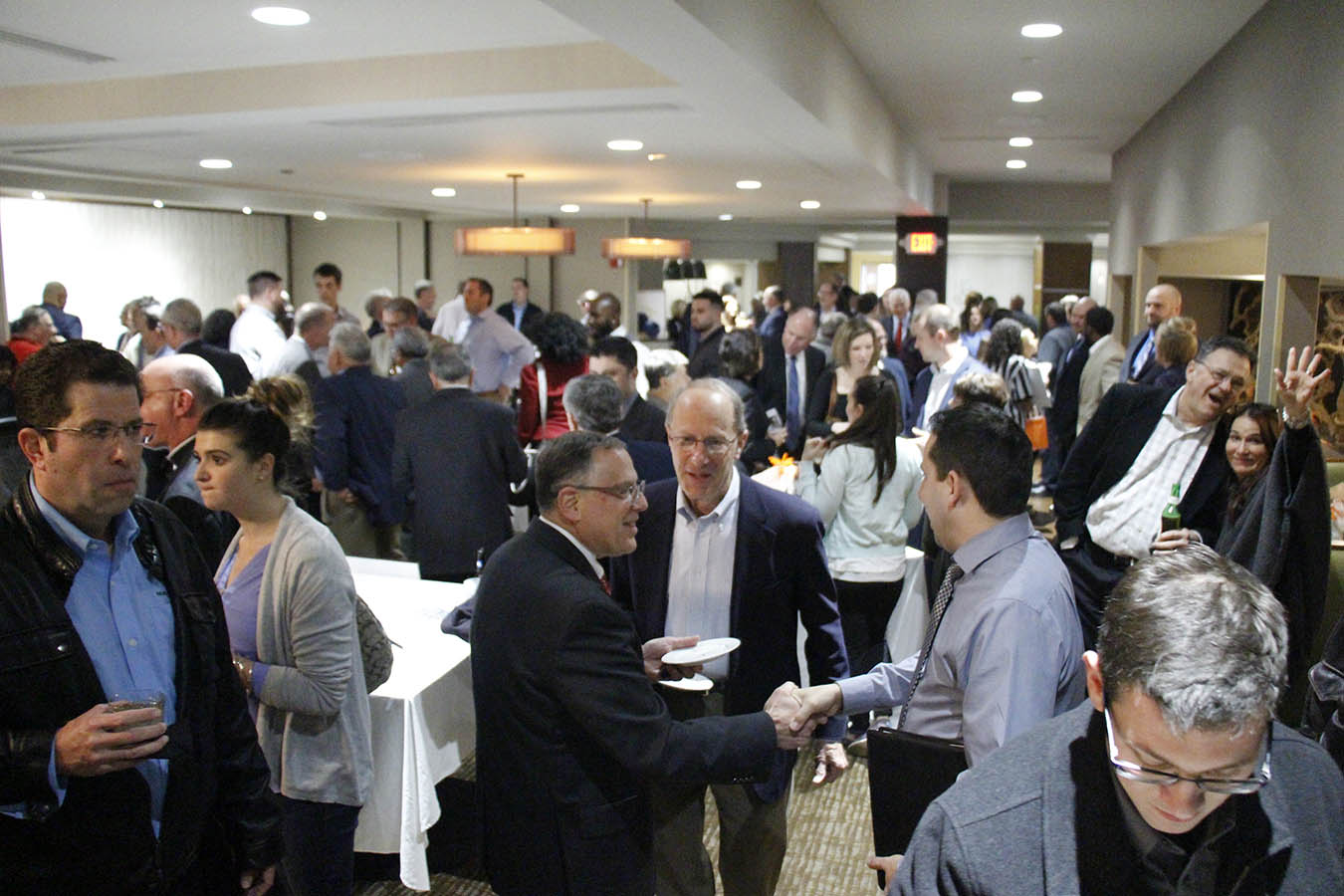 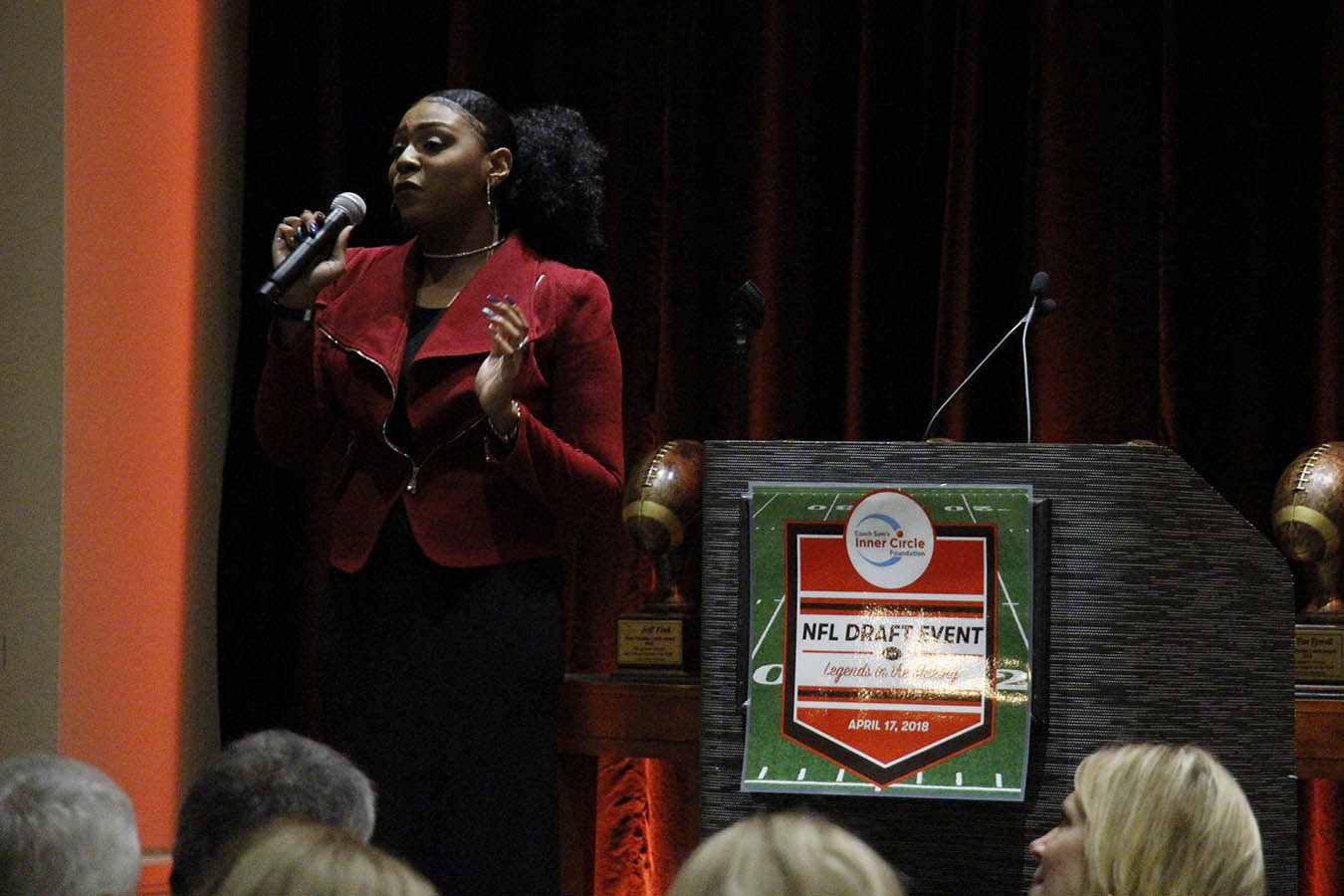 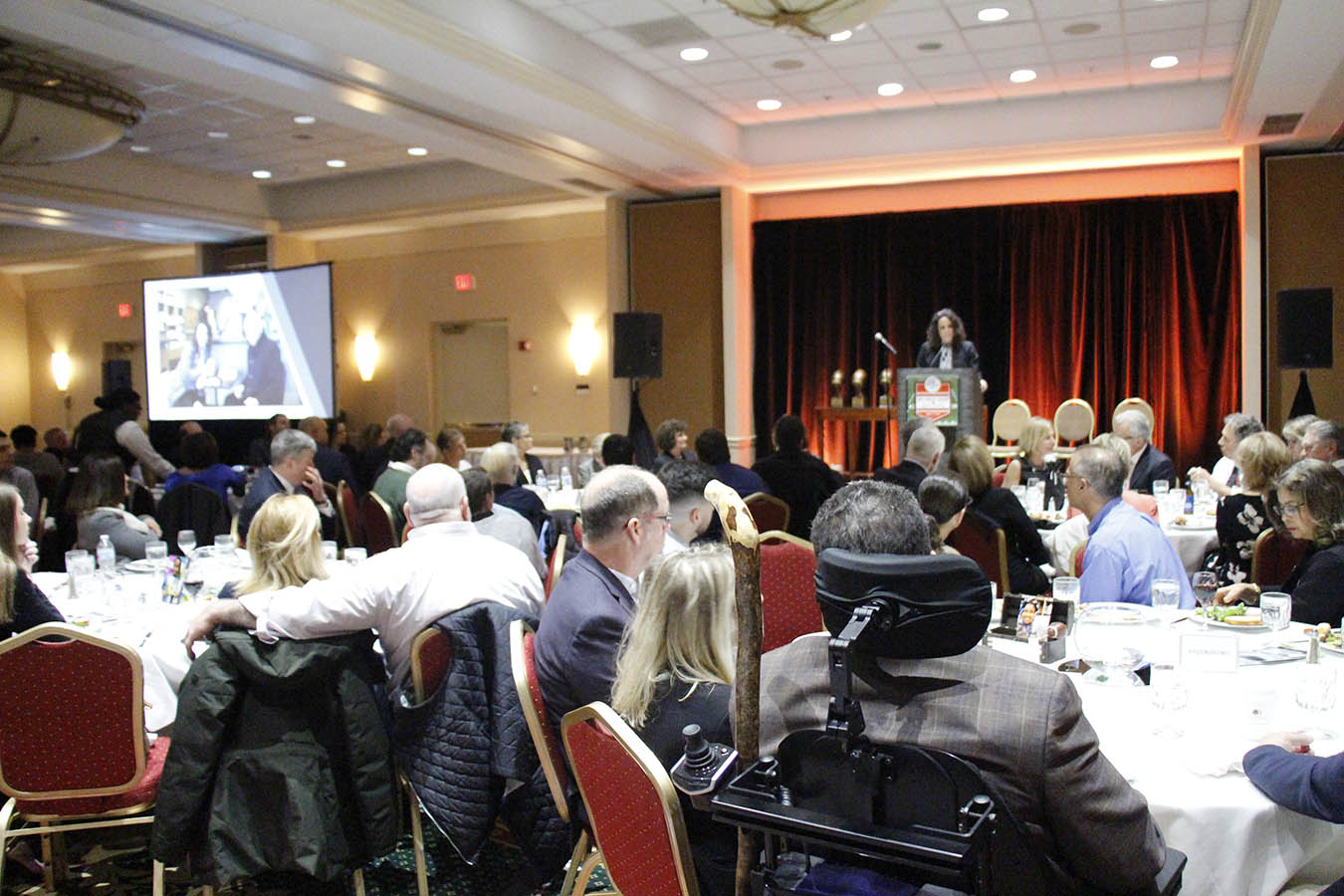 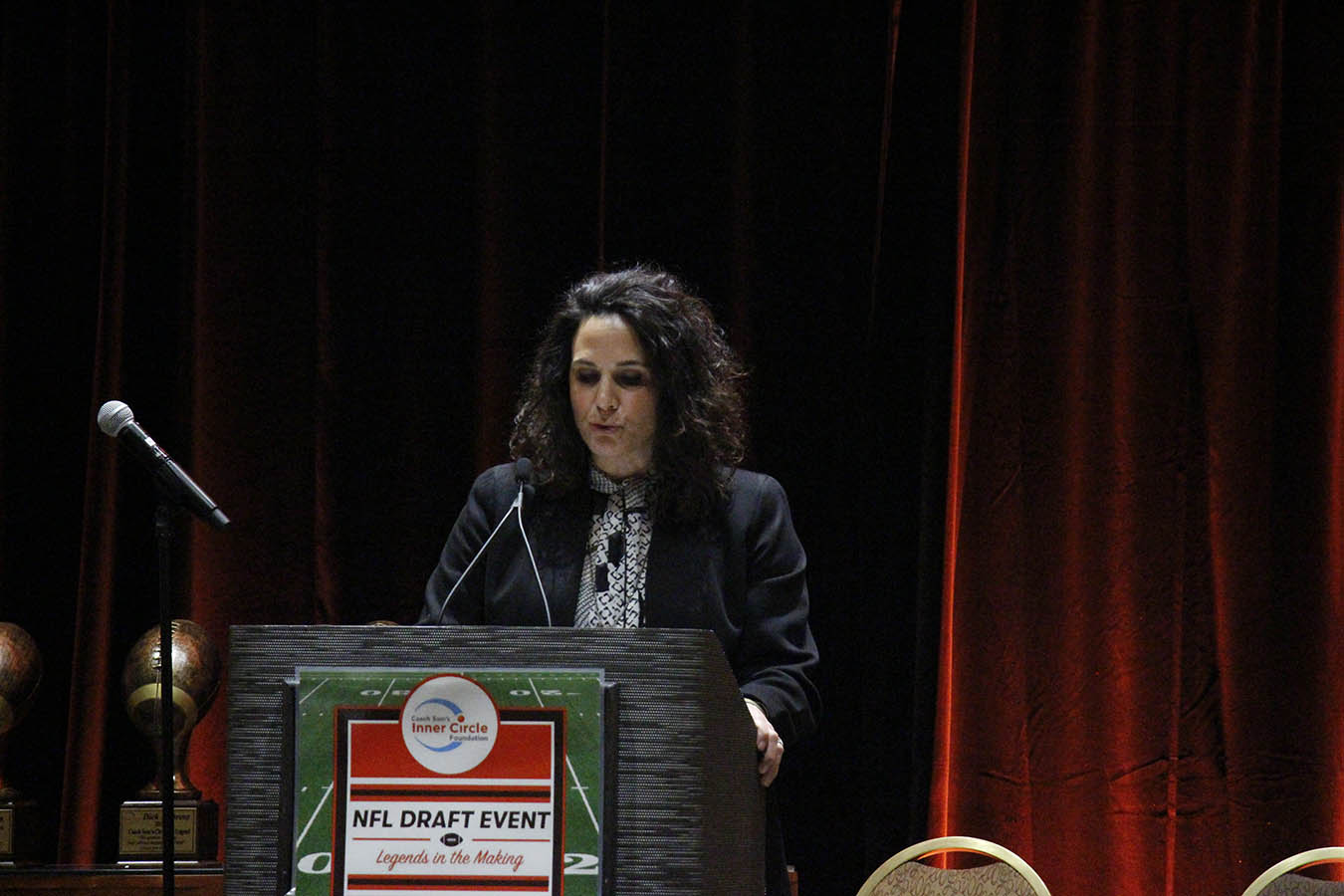 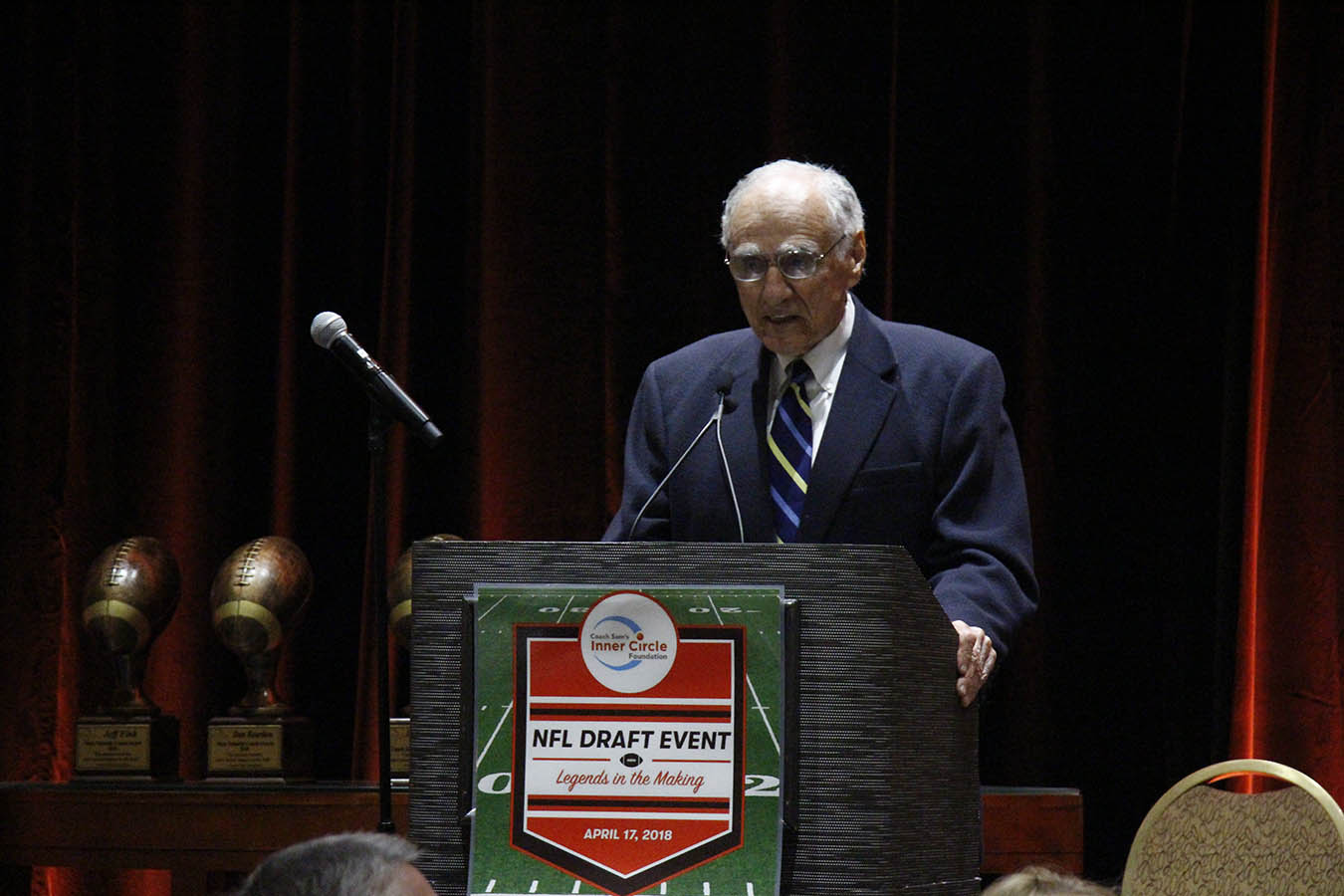 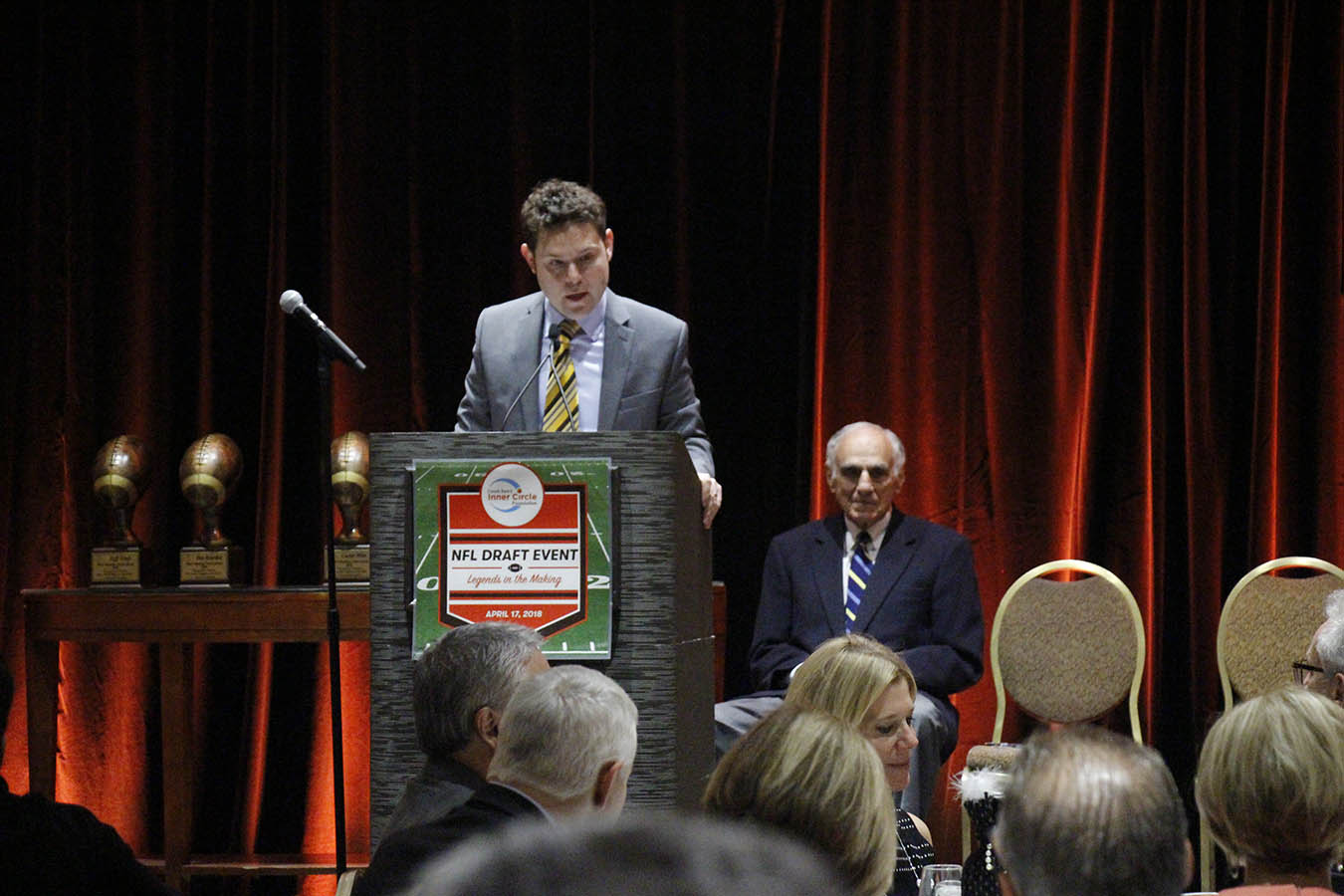 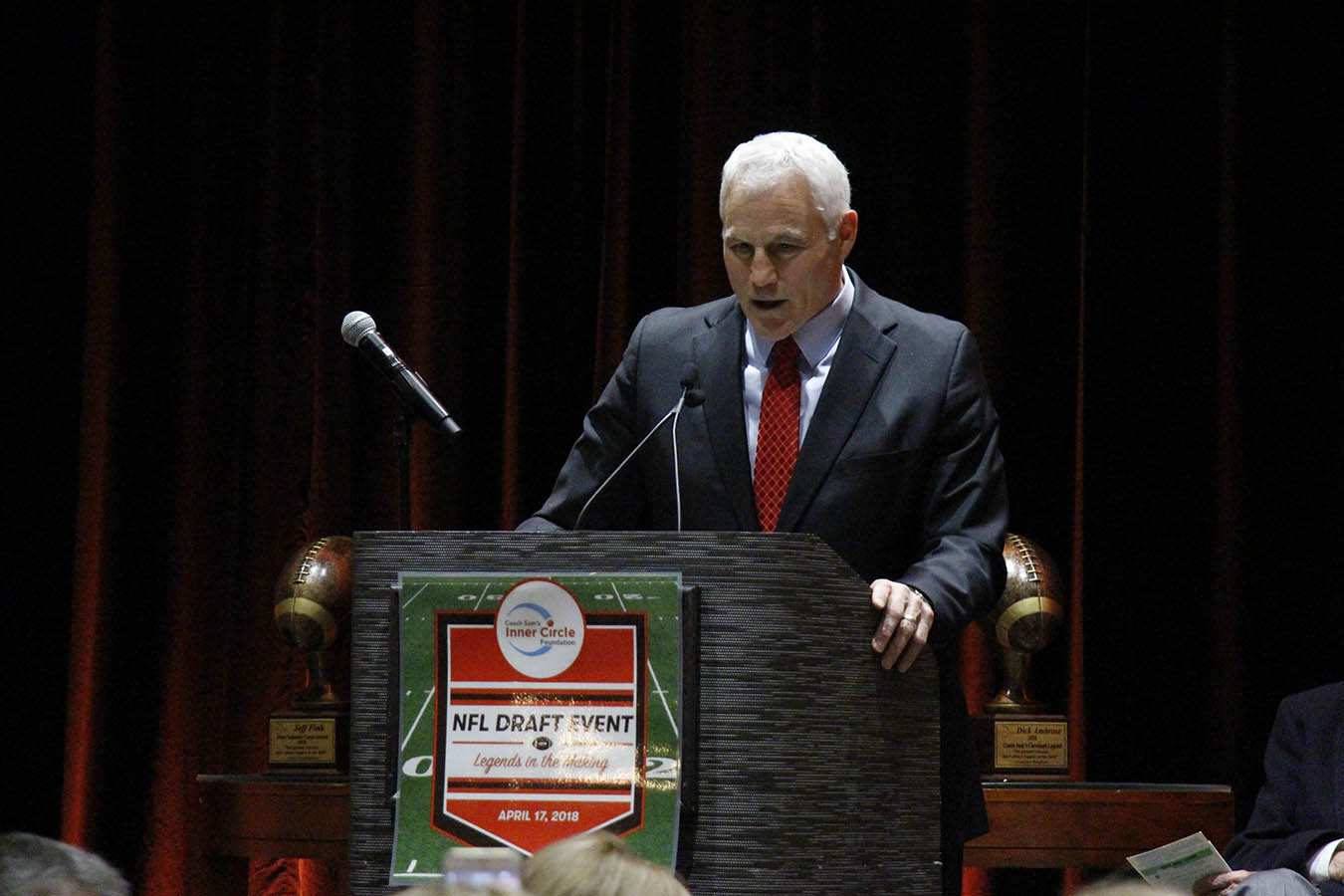 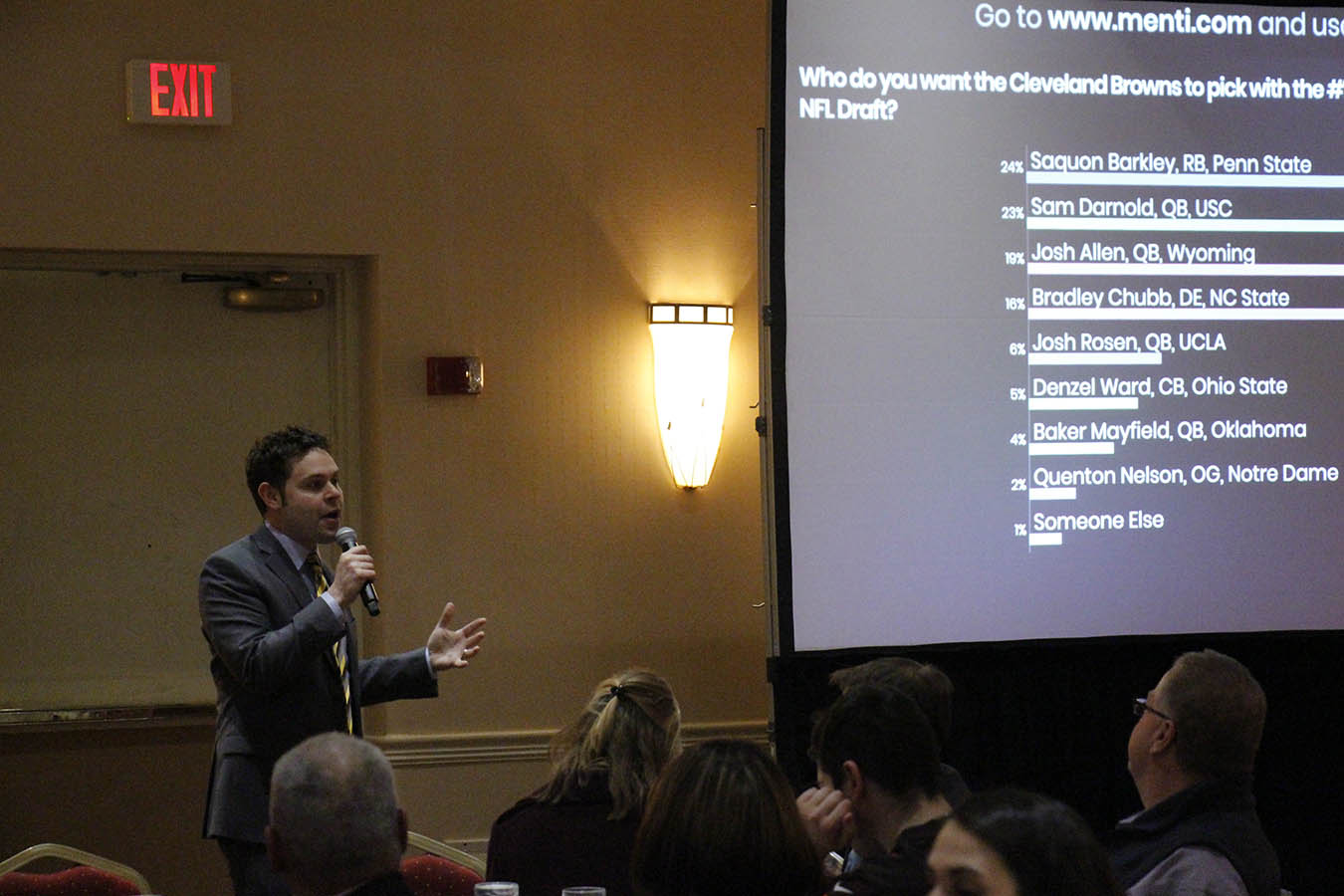 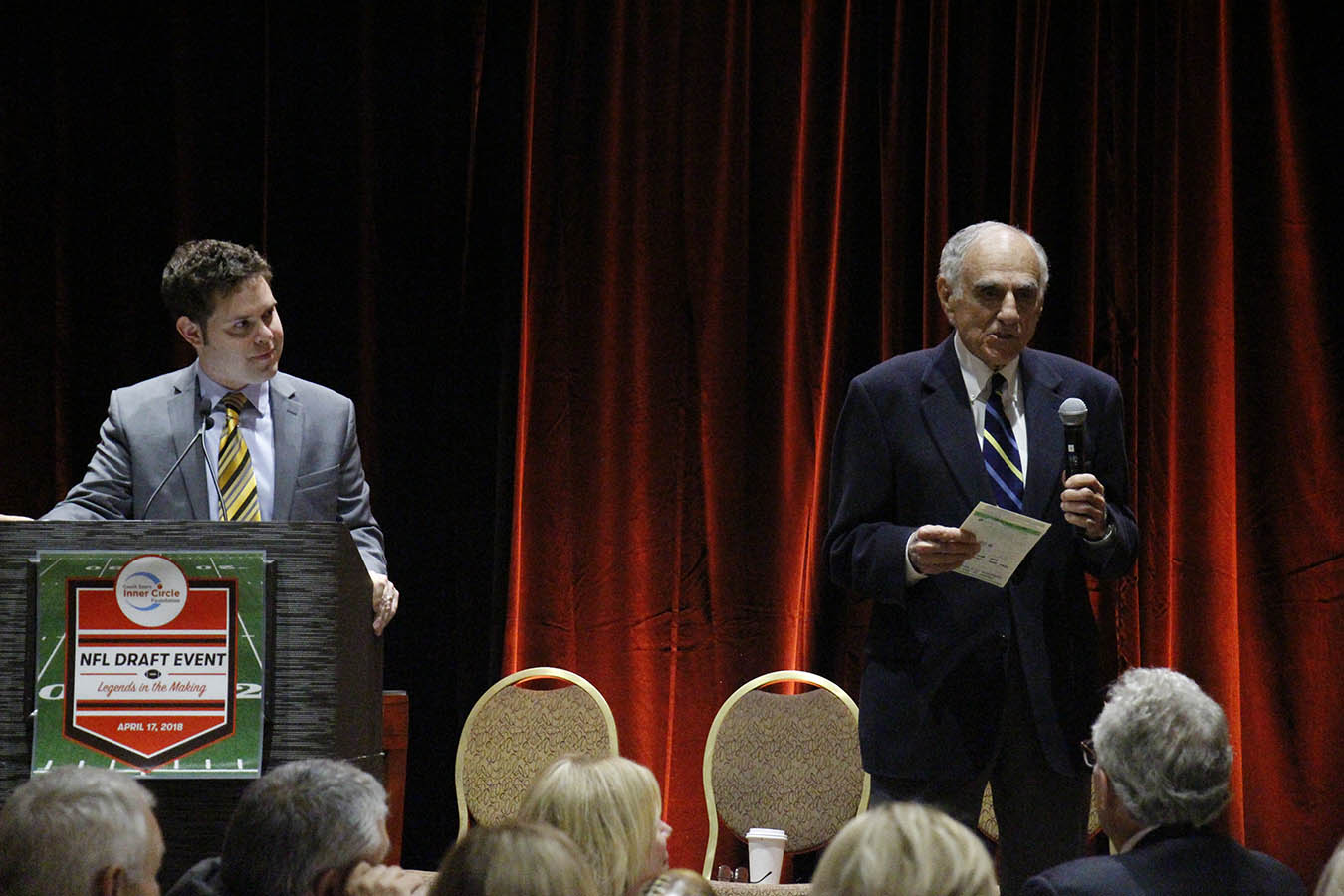 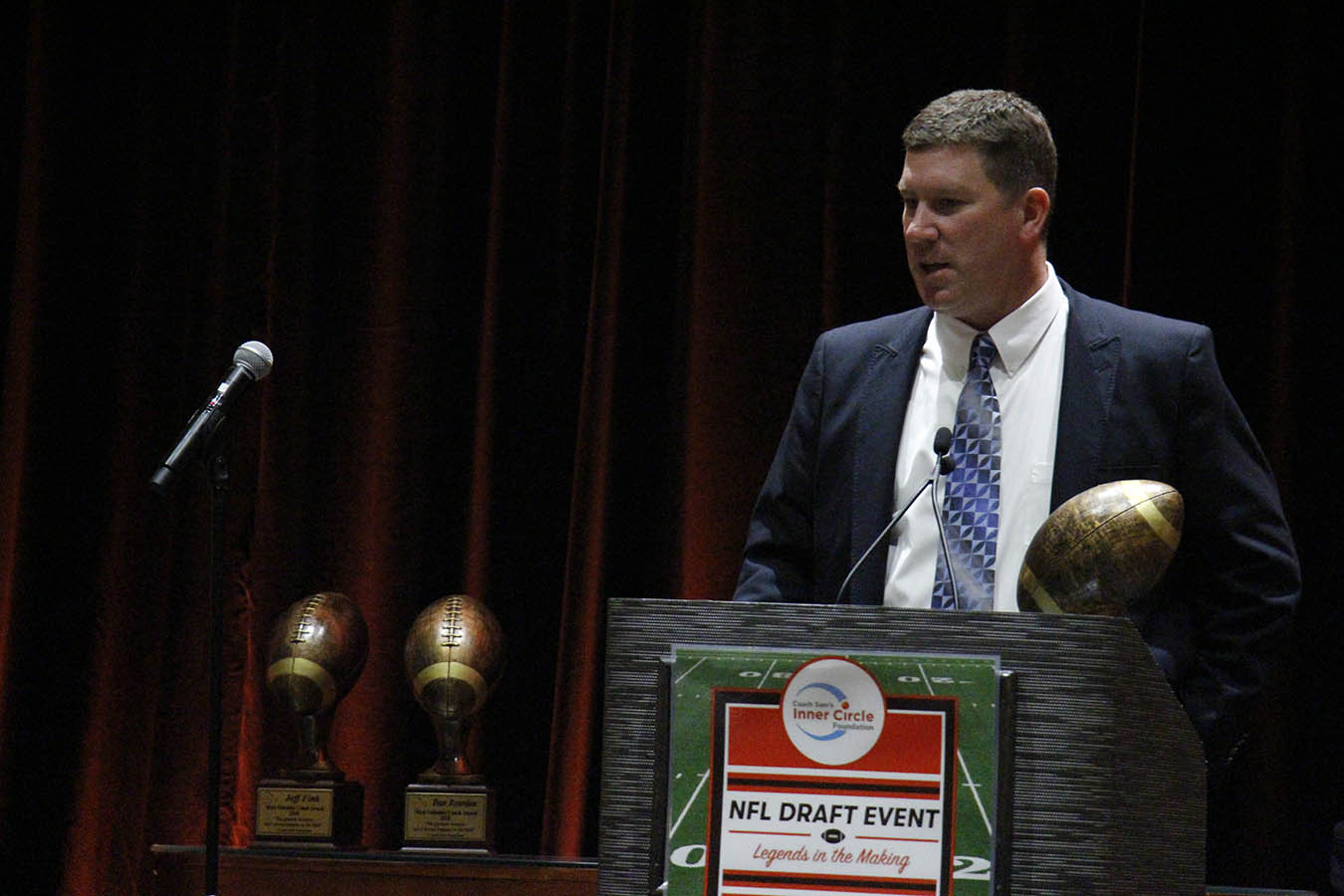 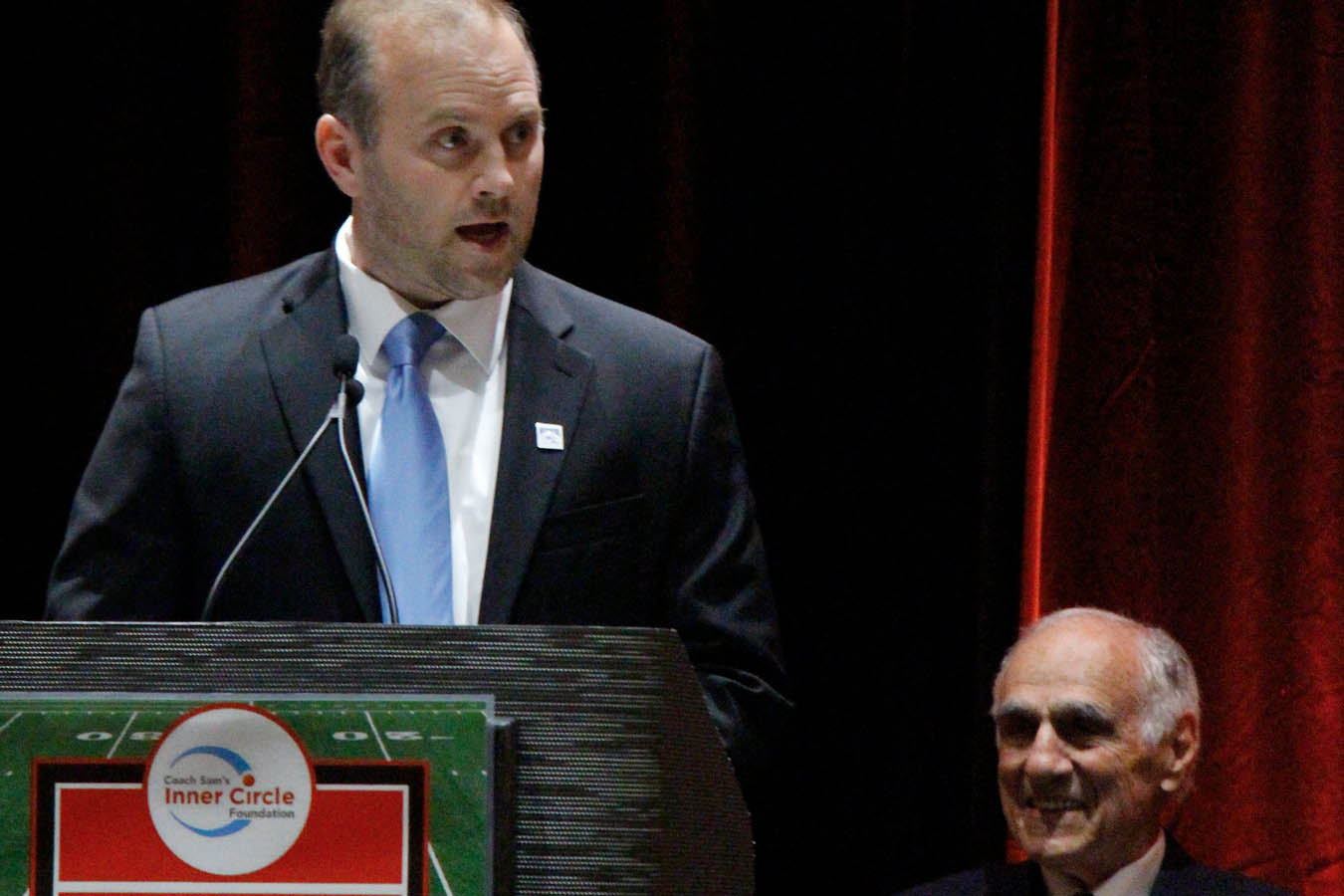 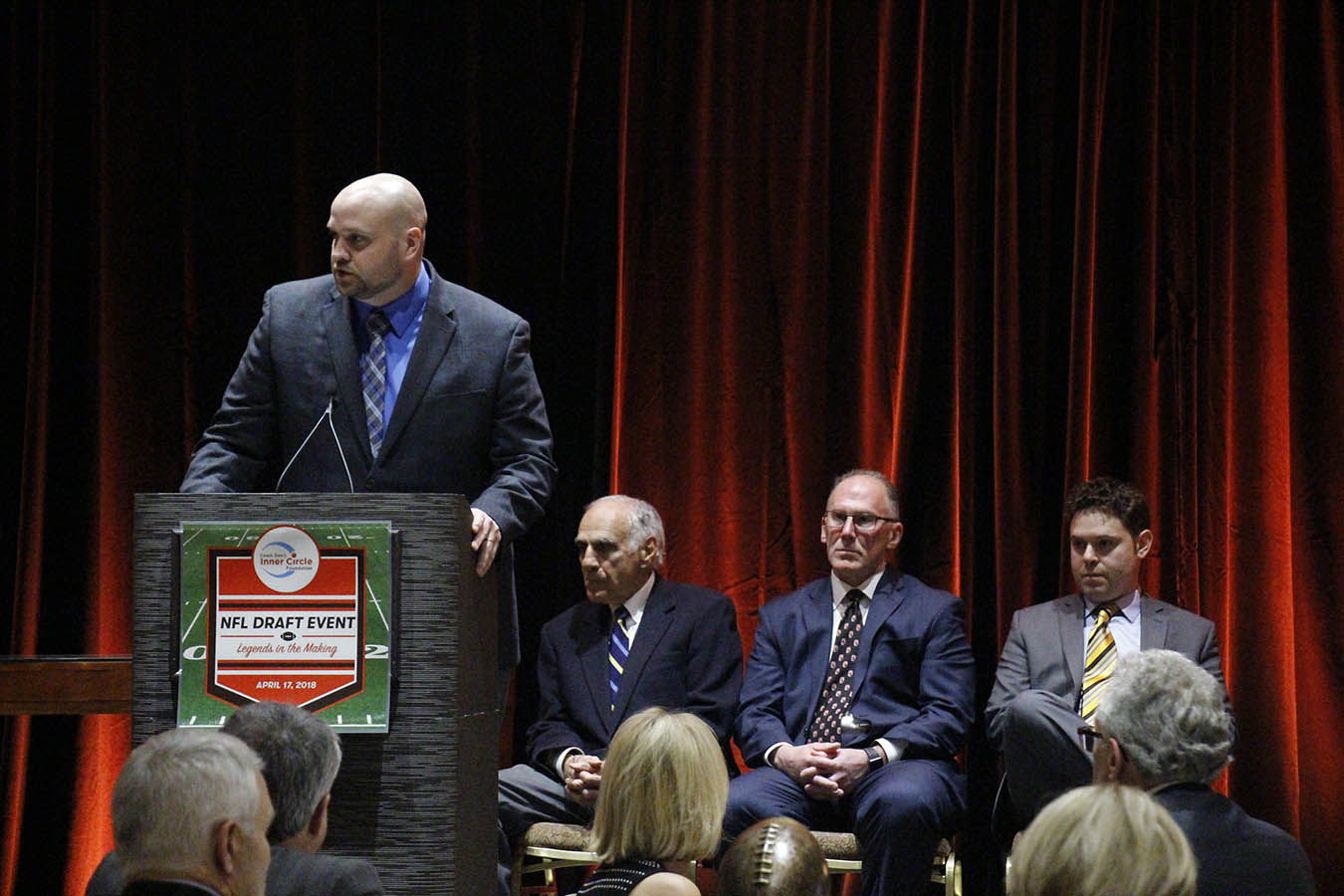 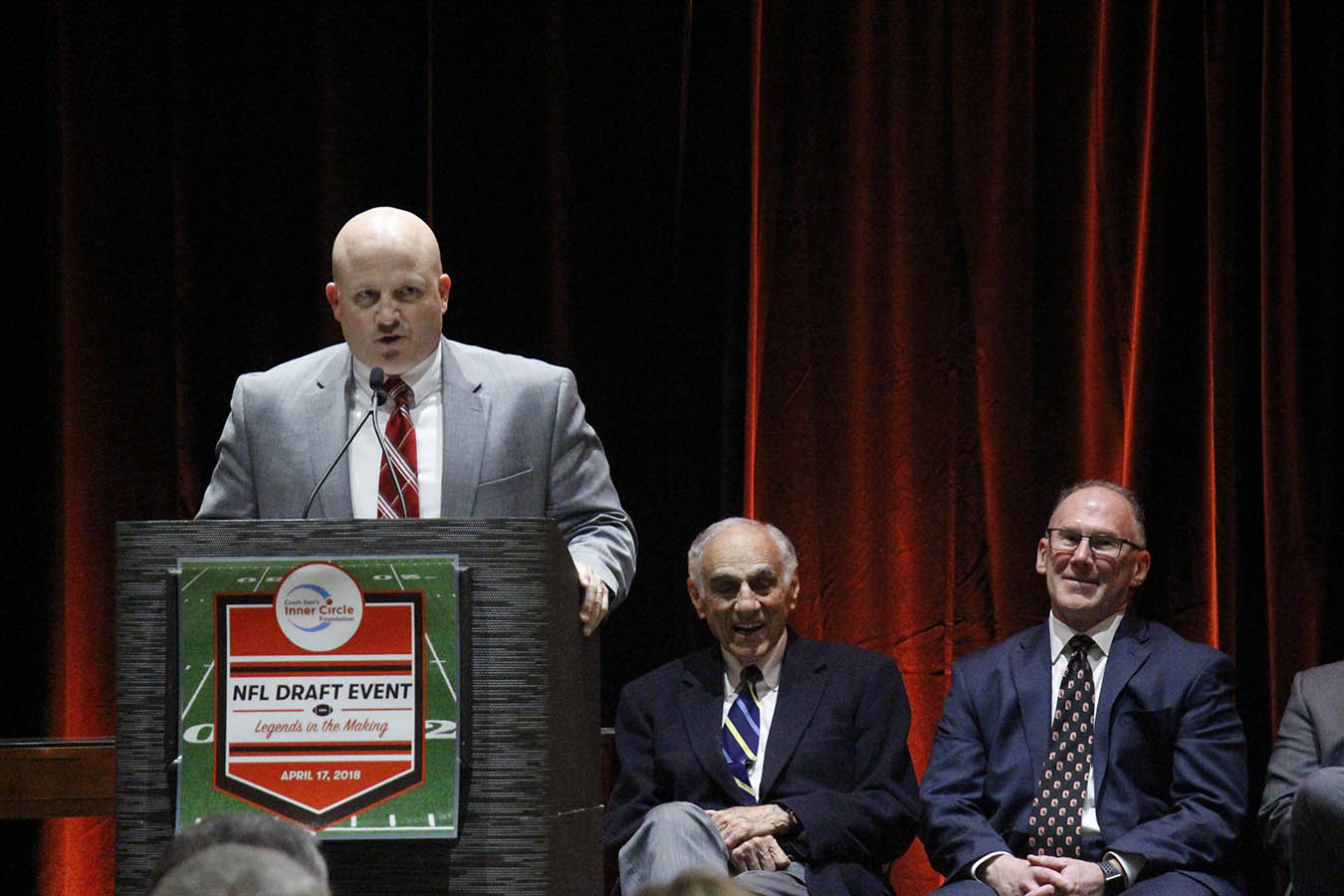 The 2018 NFL Draft Event was a wonderful success. 300+ fans joined us for an evening full of amazing live music, great speeches, wonderful moments, tributes, big auction winners & much more!
Four of the top football coaches in Ohio were honored as coaches of the year:
Coach Jeff Fink (Brush High School)
Coach Dan Reardon (Canton McKinley)
Coach Tim Tyrrell (Archbishop Hoban)
Coach Carter Welo (Benedictine)
A Cleveland Legend who has devoted himself and his time to our community:
The Honorable Judge Dick Ambrose- Former Cleveland Browns Linebacker (1975-1985) and current Cuyahoga County Common Pleas Judge.
We were entertained by two upcoming Cleveland Legends:
Chelsea Trullie performed a rousing rendition of the song “Rise Up”
Grace Yoo performed her poetry on the importance of believing in children on and off the field.
Amazing auction items were bid on and won and the audience had a chance to participate in a live interactive mock draft to determine Cleveland’s Football future! We would like to thank everyone who participated in our Draft Event this year, and making it a success; we couldn’t have done it without your support!